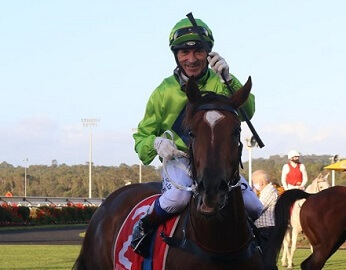 In 1979, the land on which the track stands was purchased by the local Caloundra City Council, and this ownership was maintained until the land was again bought in mid-2007 by the Sunshine Coast Racing Unit Trust. The track is still privately owned by the locally-based Racing Unit Trust, and now offers facilities such as on-course stables for race horses and advanced training and racing facilities for trainers and jockeys.

Today, the Sunshine Coast Racecourse still hosts the Caloundra Cup every year, which forms one of four major horse racing events that are held at the course each year. These races include the Sunshine Coast Cup, held in January, The Melbourne Cup Day, the Ladies Oaks Day held on the same date as the local Caloundra Show holiday and of course the Caloundra Cup, which takes place annually in June or July and forms part of the Queensland Winter Racing Carnival. Along with these major events, the club also hosts more than 60 country racing events throughout the year.

An Overview of the Caloundra Cup

The Caloundra Cup race is one of the most well attended Queensland races that is not part of a group category, and it attracts spectators from Brisbane and the surrounding areas for a full-day event featuring a number of races. The race is run over 2,400 metres and offers a total of AUS$175,000 in prize money. The race is run under quality handicap conditions and imposes a minimum weight requirement of 54 kilograms.

The Caloundra City Cup is the feature race of the Caloundra Cup day, with other races featured on the day including the Group 3 Sunshine Coast Guineas race, which is a set weight race for 3 year old horses and offers AUS$125,000 in prizes, and the Glasshouse Handicap, which is run at 1,400 metres and offers AUS$175,000 in total prizes for race winners. The Caloundra City Cup Day is held during the renowned Sunshine Coast racing weekend, with the Sky Racing race day following the next day.

Past winners of the Caloundra Cup race meeting at the Sunshine Coast Racecourse include Brayroan and jockey C. Munce, who claimed first prize in 2014 and came in at a time of 2:28.77. During the previous year’s race in 2013, horse Zennista and jockey D. Browne finished first, coming in at a time of 2:38.76, just a fraction less than 2012’s winner. In 2012, horse Shenzhou Steeds and jockey E. Wilkinson took first place, with a finishing time of 2:38:97.